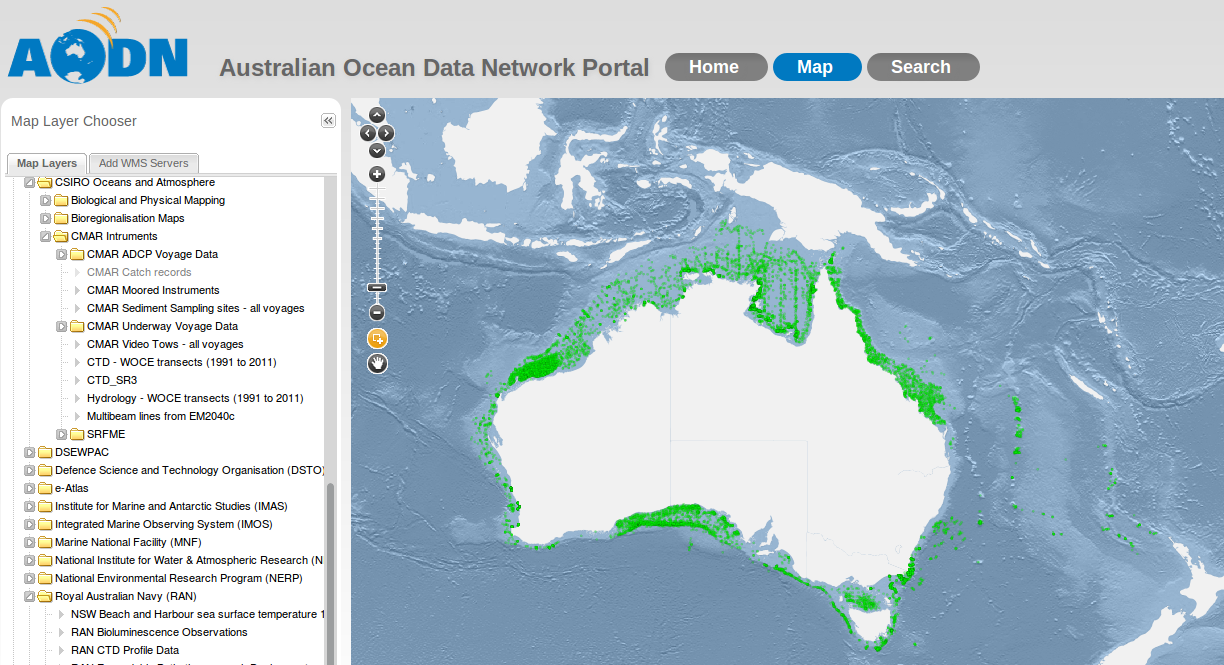 This portal has access to the complete IMOS metadata catalog and all available ocean data (you can also access the IMOS portal here. Some of the interesting datasets include:

The infrastructure of the AODN is based on the IMOS Ocean Portal, which follows international standards and agreements for data/metadata formatting, discovery and sharing. We utilise the Nectar National Servers program to deliver the IMOS data and the Tasmanian Partnership for Advanced computing (TPAC) at UTAS, through the Research Data Services program, to provide the long term archive.

IMOS and the repositories of the Commonwealth agencies (see Who are we?) form the core of the AODN. Increasingly, though, universities and State government offices are offering up data resources to the AODN, and delivery of data to the AODN is being written in to significant research programs e.g. National Envronmental Science Program Marine Biodiversity Hub and the Great Australian Bight research program.